VERBATIM OF THE PROJECT LEADER:

« Sainte-Lizaigne is known for providing quality products and equipment to contribute to the reliability and durability of the drinking water network. As water resource management is a major issue, Sainte-Lizaigne also develops supervision solutions for a better asset management.
The SENSE system, a solution deployed in our project in Kenya, allows a dense network through connections to subscribers, a precise and permanent monitoring of water networks (leakage), a better organization of interventions in the field to optimize the efficiency of the water network. »

Municipality of Kisumu in KENYA

The test site is deployed in Kenya's third largest city (in terms of population), Kisumu. 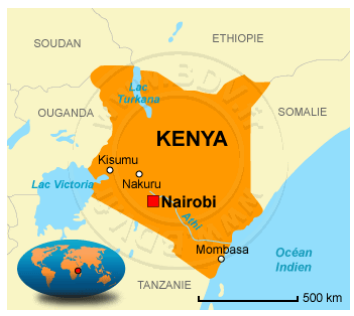 CONTEXT AND ISSUES OF THE TERRITORY:

The SENSE underwater acoustic monitoring project, deployed in Kenya, aims to improve network efficiency in a context where water resources are scarce.

The implementation of a pilot site with an innovative French technology of acoustic listening of the networks (SENSE) will make it possible to reduce the water leaks on the pilot area.
The solution implemented within the framework of the project (SENSE), allows a permanent monitoring of the water network, to detect leaks and to pre-locate them, to intervene in their repair.

The project includes the following components:

KIWASCO teams will be trained in the use and maintenance of the equipment in the field throughout the project. A complementary training is planned at the Sainte-Lizaigne centre in France, which will focus on the management and maintenance of the SENSE technology as well as the challenges of managing drinking water networks in a more general way, for the staff of the "Unaccounted for Water" department of KISWASCO.

GOAL(S) OF THE PROJECT:

The overall objective of the project is to improve the efficiency of the drinking water distribution networks.
Specifically, it will focus on

SDG TARGETED BY THE PROJECT:

STAKEHOLDERS OF THE PROJECT:

ESTIMATED COST OF THE PROJECT:

Total amount of the project is 720,136 euros excluding tax.
Financed by the DG Treasury/FINTER2 through the FASEP project support tool for 643,636 euros HT, Sainte-Lizaigne and KIWASCO participation for 76,500 euros HT in unbilled expert services and local services of Kiwasco

Operation of the Sense system put in place to reduce water losses.

Extending the system to other cities in Kenya.